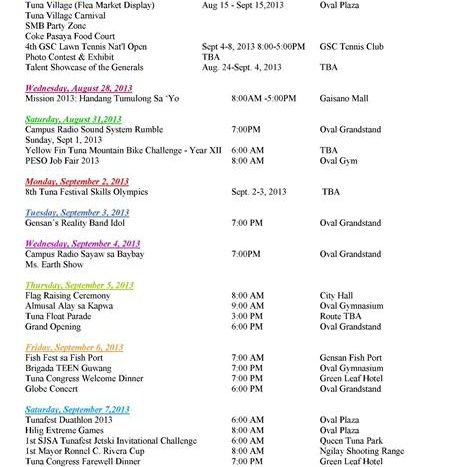 Finally, with just three weeks to go, the local government of General Santos announced officially that the much-awaited annual festival commemorating the City’s Charterhood is pushing through this year! Yes, dear readers.  The 15th TUNA FESTIVAL is on and it’s happening fromSeptember 5 – 9, 2013. This 2013 Tuna Festival, just like last year will be handled by the Philippine Fish Port Development Authority, Inc..  They will be working closely with the new administration of Mayor Ronnel Rivera to ensure that despite the short period of preparations, the generals should expect a festive celebration of the city’s 45th Charter Anniversary. Incidentally, the 2013 Tuna Festival will adapt a carnival theme; hence, it will be called the TUNA FESTIVAL CARNIVALE.